The Exploding Brass team met recently to look at the feasibility of a 2015 event.

Having considered projected budgets, scope to increase income, cut costs and engage alternative production formats, it was unanimously agreed that all factors considered, the staging of a 2015 event would represent a significant financial risk.

The decision was made therefore not to proceed with the event in 2015 but to review in future years taking into account all considerations at the time.

Exploding Brass! 2013 has now taken place, these pages will be left in place as a record of past events, until such time as another is planned. 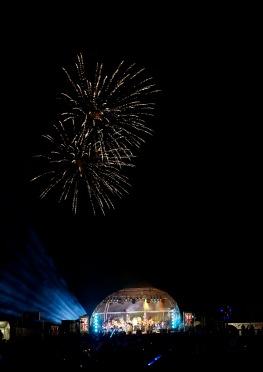 Exploding Brass! 2013 stars Taverham Band, one of the best-loved, and one of the largest brass bands in East Anglia.  Supporting the band we welcome for the first time, Norwich band The He Hews with a lively mix of music from the 30’s 40’s and 50’s (the dance band era) and a fresh twist on some more modern music. We are delighted that tenor and star of BBC1’s ‘The Voice’ Benjamin Lake joins us again this year and he will duet with  Taverham Band’s very own soprano, Rebecca Mundy, in several vocal items.

We are also delighted to welcome for the first time, 2012 ‘Britain’s Got Talent’ finalist, Sam Kelly who will perform during the evening, and BBC Radio Norfolk’s Thordis Fridricksson who will be presenting the evening.

Our fantastic firework finale will be even bigger and better this year, and will be provided by Kimbolton Fireworks who were responsible for (amongst many other events) New Years’ Eve in London, Hogmanay in Edinburgh and the 2012 London Olympics!

This is the ninth Exploding Brass! concert and, as always, the programme will be selected to appeal to the whole spectrum of our audience, with music ranging from popular musicals, film and chart hits to the well-loved favourites from “The Last Night of the Proms!”